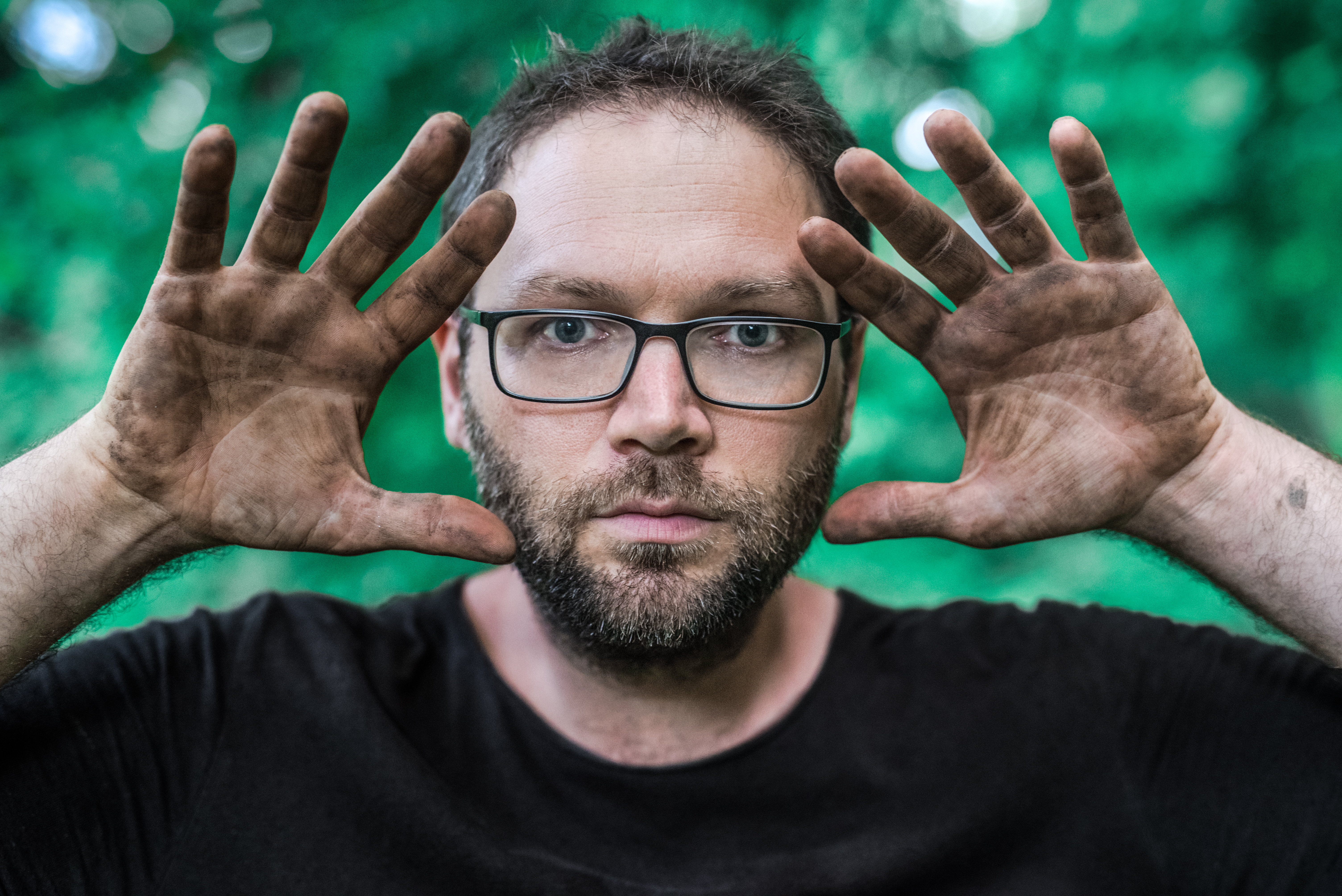 Although András Dés considers himself as a contemporary improvisative musician he started his studies of classical percussion at the age of seven. Later his interests turned towards the instruments used in different sorts of folk music and finally he graduated from the Jazz Faculty of Ferenc Liszt Music Academy in 2005. Over the past years, Dés has developed his own percussion set: with his right hand he plays like a drummer and with his left hand like a percussionist. As a member of numerous successful jazz bands he has been touring all around the world and has played at many important venues such as Carnegie Hall, Covent Garden, the Amsterdam Concertgebouw, the Damascus Opera House, the Jerusalem Theatre, the Cairo Jazz Festival or the Shanghai World Expo. As a percussionist, he has contributed to almost 100 albums, four out of them (“Unquiet Stillness” 2009, “Tourist No 1” 2014, “The Worst Singer In The World” 2017, “einschließlich” 2020) as a leader. He has also composed several film and theatre scores. Throughout his career, Dés has been crossing borders between genres. Some major stages were playing in the bands of great Hungarian folk singers (Ági Szalóki, Bea Palya, Mitsoura, Miklós Both), being the member of the popular group Jazz+Az and working with the outstanding contemporary composer, Péter Eötvös. As a jazz musician he has worked with performers such as Miklós Lukács, Elemér Balázs, Zsolt Kaltenecker, Palle Mikkelborg, Frank London, Charlie Mariano, Theodossii Spassov, Ferenc Snétberger, Jack DeJohnette, Gerard Presencer, Kornél Fekete-Kovács, Eivind Aarset, Mihály Borbély, Eric Truffaz and Chris Potter. And of course he has been working a lot with his father, the composer and saxophone player, László Dés. His openness to diverse froms of art is not limited to music. Apart from collaborations with writers and poets, he is also the author and performer of the solo theatre piece “Unblinking”.