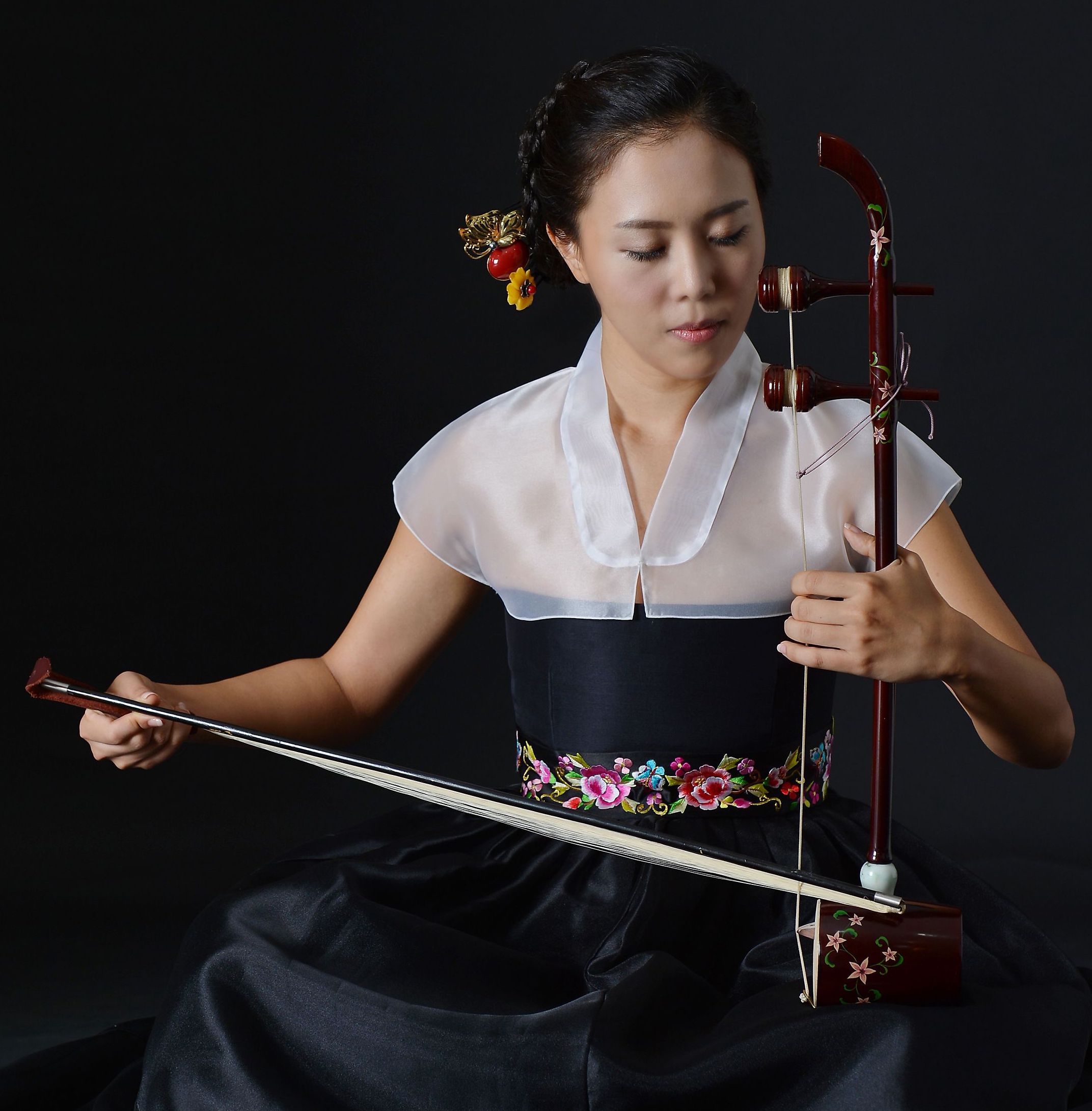 Soo Yeon Lyuh is a haegeum (Korean two-string bowed instrument) player, composer, and improviser currently based in the San Francisco Bay Area. Rigorously trained in court and folk repertoires from a young age, Lyuh is known for her masterful performances of new compositions for the haegeum.

In 2017, she was selected by the Kronos Quartet as a “Fifty for the Future” composer and commissioned to write her first piece, “Yessori,” which was designed to educate the next generation of string quartets about traditional Korean music. In 2019, she premiered chamber orchestra work “Dudurim” at the Bang on a Can Summer Music Festival and a new choral piece, “Sagye,” which uses Korean lyrics and rhythmic patterns, commissioned by Pacific Boychoir Academy.

Lyuh seeks to continually expand contemporary haegeum possibilities through work with new media and technology. She also works to utilize Western instruments to teach others about Korean traditional music techniques, timbres, and styles.